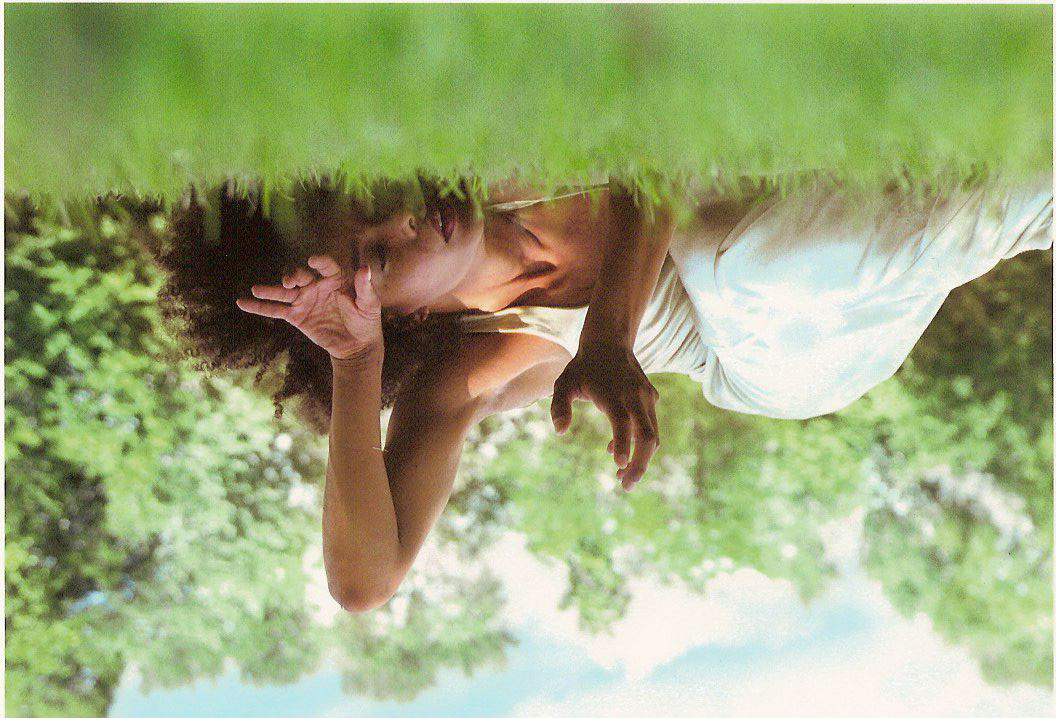 
At the Player’s Club near Manhattan’s Gramercy Park, Edisa Weeks mounts the stairs of a nineteenth century building and sits down at Mark Twain’s favorite poker table to chat about her projects and her passions.  A tall, thin dancer, sinuous and composed, she nevertheless commands space, resting at ease in her perceptions of art and art making.  We talk, and I learn about how Weeks turns contemporary dance into social commentary.

On her website, Weeks writes that her company Delirious Dances, “was founded on the belief that people of all economic and cultural backgrounds, ages and abilities are empowered by the immediacy of dancing.”  As a choreographer, Weeks heavily invests everything: body and finances, to create work in intimate spaces—spaces like swimming pools, store windows or living rooms—that create immediate and close encounters between dancers and audiences.  The innovative nature of her dance projects, combined with the sense of abandon within her choreography, make works like Liaisons (2006), presented in New York City and Berlin, feel delirious indeed. 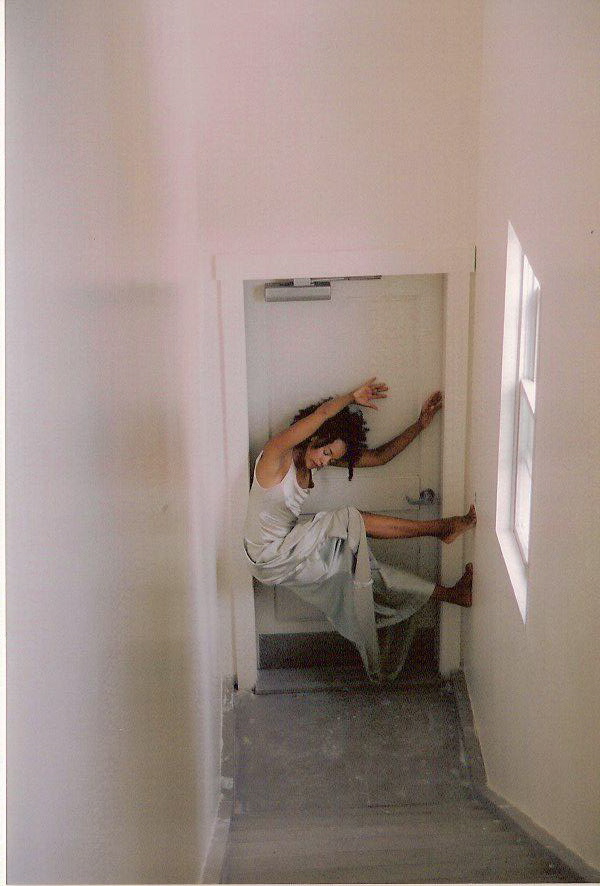 Liaisons originates from a notion to bypass the bureaucracy of traditional dance production venues while directly engaging with small-scale audiences.  Using a quartet of dancers, Weeks stages choreography in living rooms.  Email lists and word-of-mouth help Weeks identify individuals who would like to offer their homes.  Once they agree to sponsor her performance, she sells tickets through Brown Paper Tickets, Ovation or other ticketing agencies.  On the night of the performance, a core group of dancers go to the sponsor’s home where they dance.  After each performance the dancers participate in a response session.

In one section of Liaisons, dancer Jenni Hong enters a circle of seated viewers and drops her underpants to the floor.  What type of liaison does discarded underwear bring to mind?  A few moments later, Hong finds underwear everywhere—in drawers and cabinets and underneath chairs—and she tosses all of them to the center of the floor.  Next she dances; flailing her legs and rolling with abandon across the floor, at times stopping to smile knowingly at an audience member.  Maybe they share her secret history of underwear encounters.  Later, other dancers execute lifts and turns that daringly occupy contained space.  Occasionally, they pause for eye contact or gentle handshakes.  The sudden breaks between dance and gesture draw a laughing, delirious response from the audience.
How does Weeks overcome the fear of approaching strangers to ask to enter their personal spaces?  “I practice,” she responds.  She stands on the street asking people if she can dance in their living room.  The best places are libraries because people are more relaxed.  Post offices and grocery stores almost always get a negative answer. Berlin, unlike New York, has no tradition of door-to-door salesmen, so odds were better over there.  While standing on public streets in Germany, Weeks asked eighty people if she could dance in their homes.  Three people said yes. 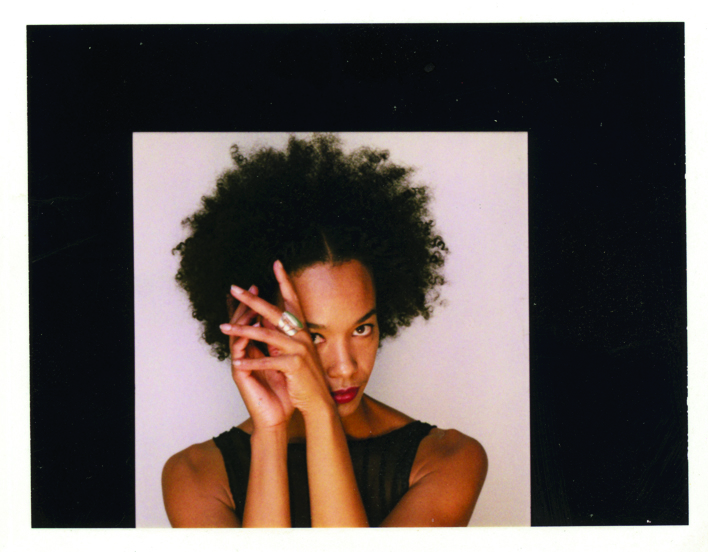 Although Weeks describes herself as lacking in the “gift for gab” that enables other choreographers to verbally sell their work to presenters, she is tenacious.  “I am really stubborn,” she says.  This artist is determined to keep making dance despite economic barriers.  Weeks aspires to provide consistent work for her dancers.  Instead of spending time networking with presenters, she produces the work within her means.  Often presenters schedule a dance work for a single run of three or six performances.  They rarely re-present a work, preferring to look for the next new event or hot item to include in their dance seasons.  By simplifying the production process and finding her own venues, Weeks’s dancers engage in a piece of choreography for at least a year.

One of her more recent projects, To Begin the World Over Again (2012), composed by Joseph C. Phillips Jr., features six dancers and an actor collaborating with an ensemble of thirteen musicians.  In a climate of reduced funding for the arts, Weeks decided to self-produce this work by collaborating with responsive venues, taking out loans, fundraising on Kickstarter, and using her teaching salary to augment the dancers’ rehearsal pay.  The interactive, evening-length, multi-disciplinary dance was performed at the Irondale Center in Brooklyn.  Based upon Thomas Paine’s statement that “We have the power to begin the world over again,” Weeks explored the notion of United States democracy and what it has meant.

The choreography of To Begin the World Over Again depicts an active expression of delirium.  With the audience seated on four sides of an arena-like space, performers leap, roll, fling and run, continuously propelling their bodies through space until they collapse to the ground.  This is an exhaustive call for democracy.  Later, with the assistance of a Master of Ceremonies, the audience collectively decides who will play the character of “Democracy.”  Once selected, this same character is beaten down, stripped to their underwear, and demoralized.  The dramatic actions demonstrate how a well-conceived and idealistic notion that originated in the seventeenth century can be reduced to mere rhetoric with the passage of time.  At the end of the work, the dance becomes gentler.  Some performers leave the arena to connect with a seated observer or to share a smile or an embrace.  Eventually, the entire audience joins in a collective spiral dance that literally democratizes the arena space.

Weeks’s current project, a commission from the Brooklyn Botanical Gardens, opens in June as part of a gala celebration, and in response to the expansion of the native flora garden.  In this site-specific work, she will use dancers to explore the ecosystem of native plants in Brooklyn.  The Brooklyn Botanical Gardens is interested in profiling native plant life once prevalent within the borough.  Weeks researched pine barrens, prairie grass, oak forests and sphagnum bogs, all eco-systems that once existed in the vicinity of Brooklyn.  In her new work, performers represent each of these systems.  We talked at length in our interview about how sphagnum bogs have layers that preserve the past and how Native Americans once used sphagnum moss as an anti-bacterial or antifungal treatment for wounds.  Clearly, this artist is interested in the wider impact dance can make on society’s perspectives about the earth. 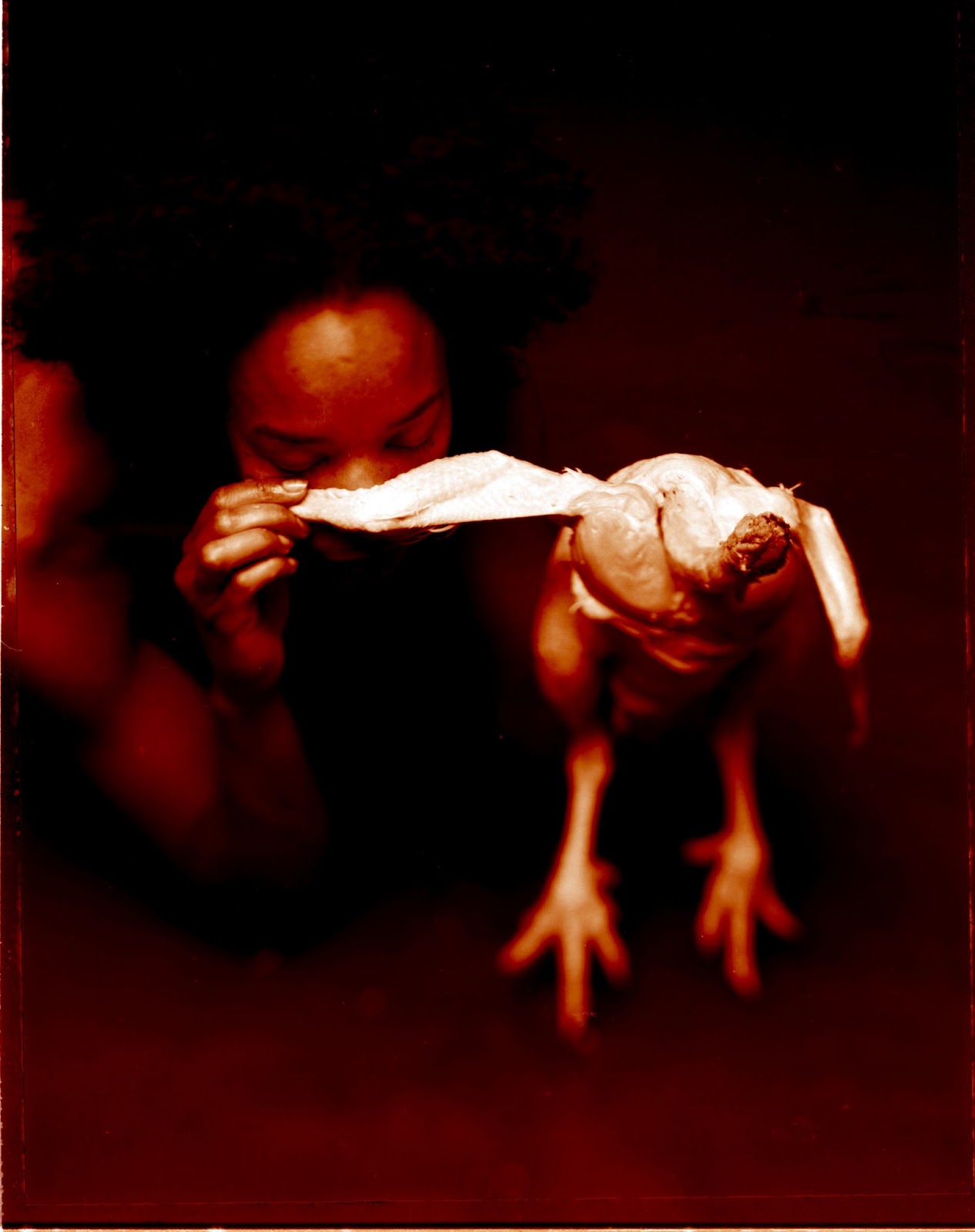 I asked Weeks about how research informs her approach to making dance.  “I had a really influential teacher,” she says, referring to George Houston Bass (1938-1990), a professor of Theatre Arts and African American Studies at Brown University, co-producer and story editor for the WGBH series “On Being Black.”  Bass founded the Rites and Reasons Theatre and was also the secretary and executor for Langston Hughes.  While studying in Providence, Weeks took a class with Bass that emphasized the importance of using detailed research to support art practice.  As a teacher, he inspired several other students who would later impact Black art in many ways: playwright Lynn Nottage, Producer Robe Imbriano, actor Erik Dellums, storyteller Vallerie Tutson, visual designer Garland Farwell, and, of course, choreographer Edisa Weeks.

At the Player’s Club, Weeks and I engaged in active conversation around the challenges of balancing life, career, and academic pursuits.  Because she is an artist who invests in her projects, most of her income goes back into her art and into supporting her family.  Her husband provides core emotional, psychological, and strategic support for the work that she undertakes. She says that instead of taking expensive trips, or going out to dinner, they take simple vacations, like touring Philadelphia by bicycle.  Sometimes they stay at Black-owned bed and breakfast establishments as a way of supporting the Black community.  Her current position as an Assistant Professor at Queens College allows her to have both roots and support as an artist and thinker.  She uses teaching to spur her creative work and to provide stability for her artistic endeavors: “After years of scrambling, it is bliss not to be hustling for the next job.”

Our interview ends with a tour through the Player’s Club and discussion of her upcoming residency in Ann Arbor, Michigan, where she plans to work with University of Michigan students at the Museum of National History, developing a site-specific installation inspired by the structure of genes and DNA.  She looks forward to summer as a time to devote to developing new ideas.  I am curious to know what delirious movement projects will next emerge from the mind of this creative artist.  Whatever the ideas are, Weeks has the talent, training and gumption to make them a success.

BIO:
Edisa Weeks is the Director and Choreographer for DELIRIOUS DANCES, which seeks to create intimate environments where people can experience and interact with contemporary dance. Her choreography merges theater with dance to explore the beauty and complexity of life. Her work has been performed in a variety of venues including swimming pools, storefront windows, living rooms, senior centers, as well as at Chashama Theater, The Massachusetts International Festival of the Arts, The Guggenheim Museum, The Mermaid Parade, Summer Stages Dance Festival, and The Haus Kulturen Der Welt in Berlin, Germany. Edisa Weeks received a BA from Brown University and an MFA in dance from New York University’s TISCH School of the Arts where she was an Alberto Vilar Performing Arts Fellow. Weeks teaches technique and choreography at Queens College in New York.
Posted by Dancer's Turn at 12:31 PM

Thanks for submitting your comment! We screen comments before posting them on our site but hope to have yours approved and posted within the next 24 hours.